Lunadi An Account of the First Aerial Voyage in England

Lunadi ( Vincent) An Account of the First Aerial Voyage in England,in a series of Letters to his Guardian, Chevalier Gherardo Compagni, written under the Impressions of the various Events that affected the Undertaking, FIRST EDITION, (4), 1-66, (2), engraved portrait frontispiece of Lunardi, 2 folding engraved plates, 8vo, contemporary calf, re-backed, line ruled panelled spine, letter-piece (some slight foxing), London, Printed for the Author and sold at the Pantheon, 1784

Lunardi (1759-1806), an Italian diplomat, made the first British ascent in a hydrogen balloon on 15 September 1784, the success of which made him the most "prominent figure in the early annals of aerostation in England, while his exploits undoubtedly encouraged the vogue of ballooning in those early days" (Hodgson, The History of Aeronautics in Great Britain, 1924, p.139). 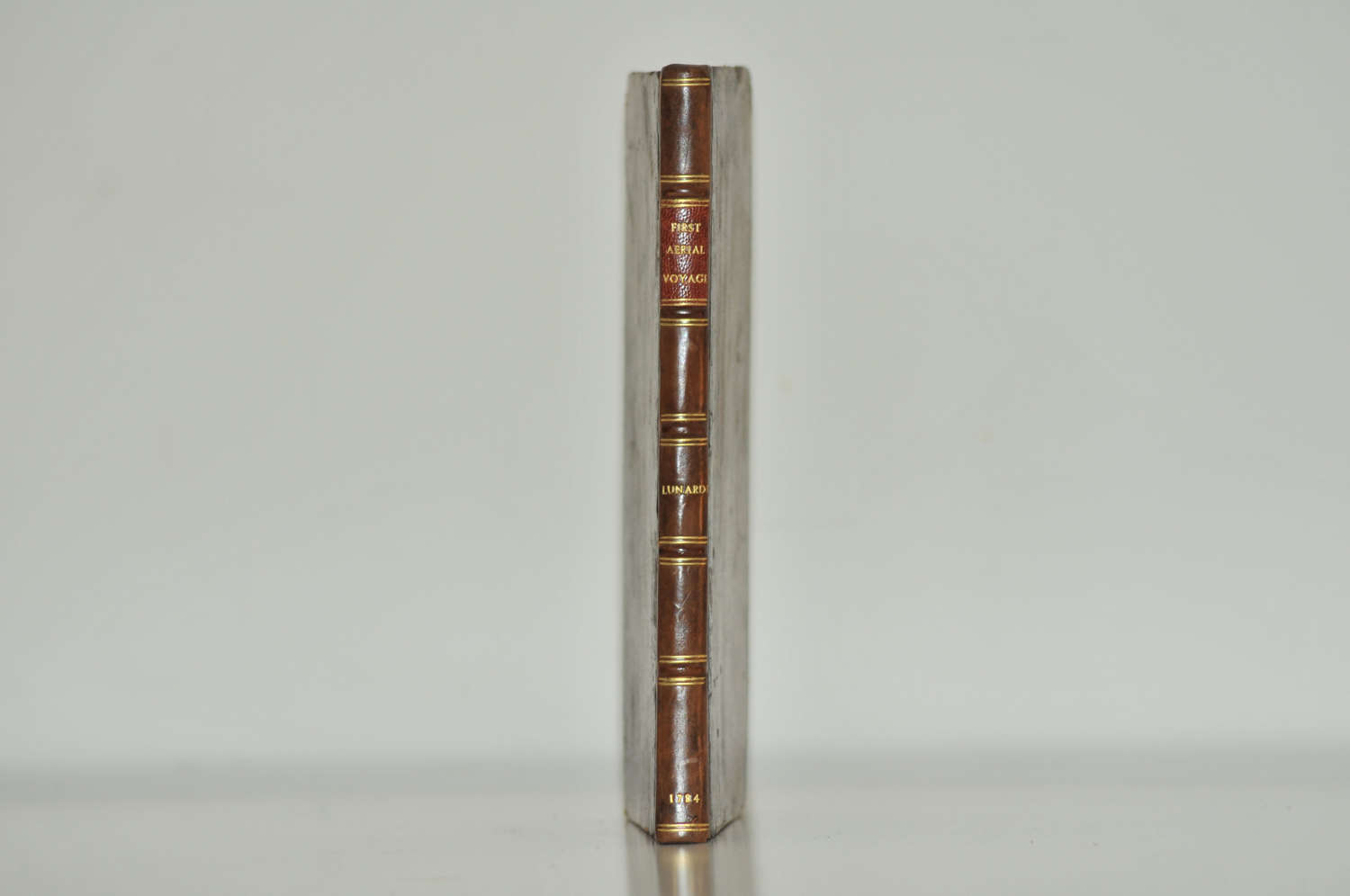 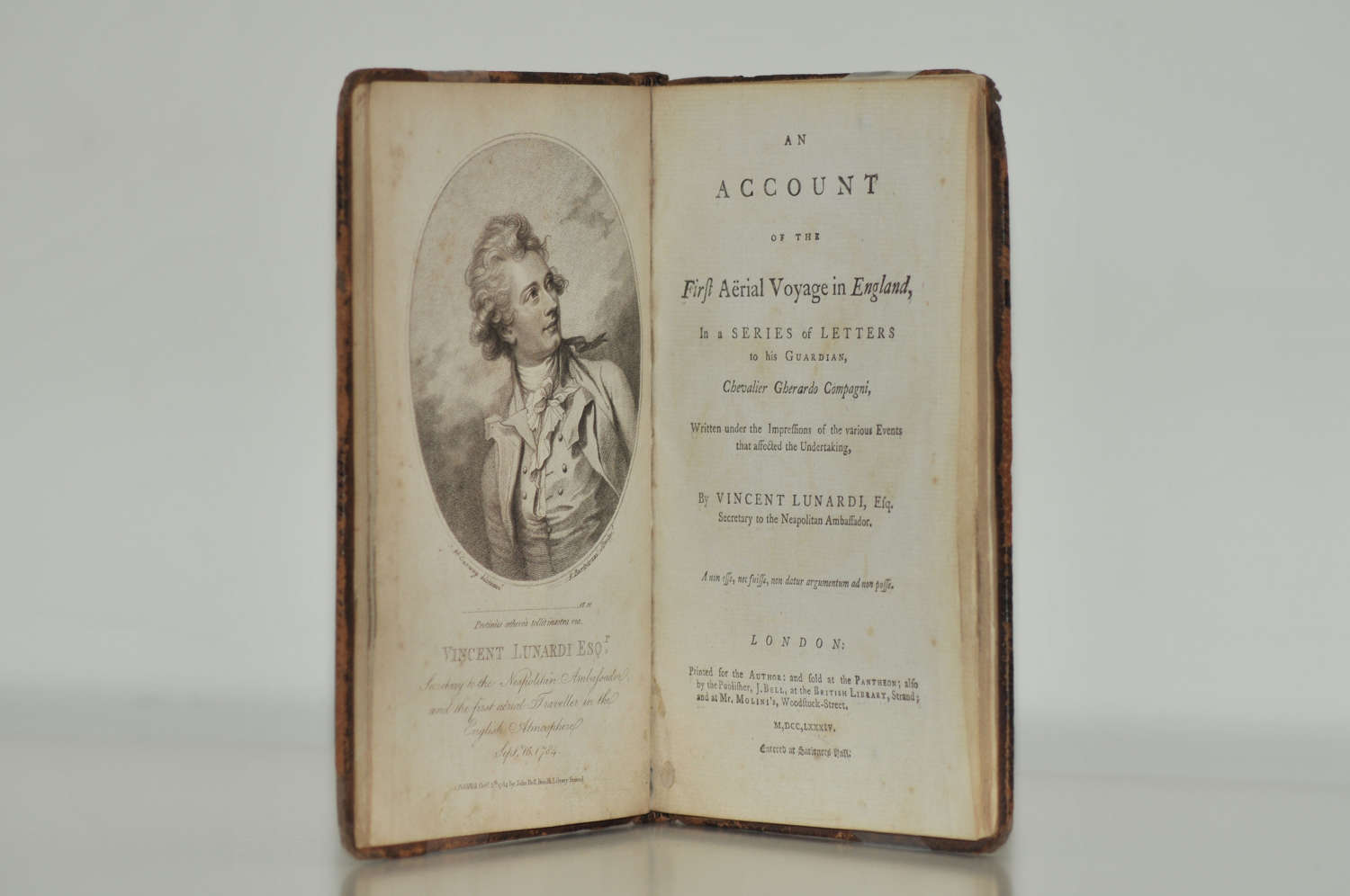 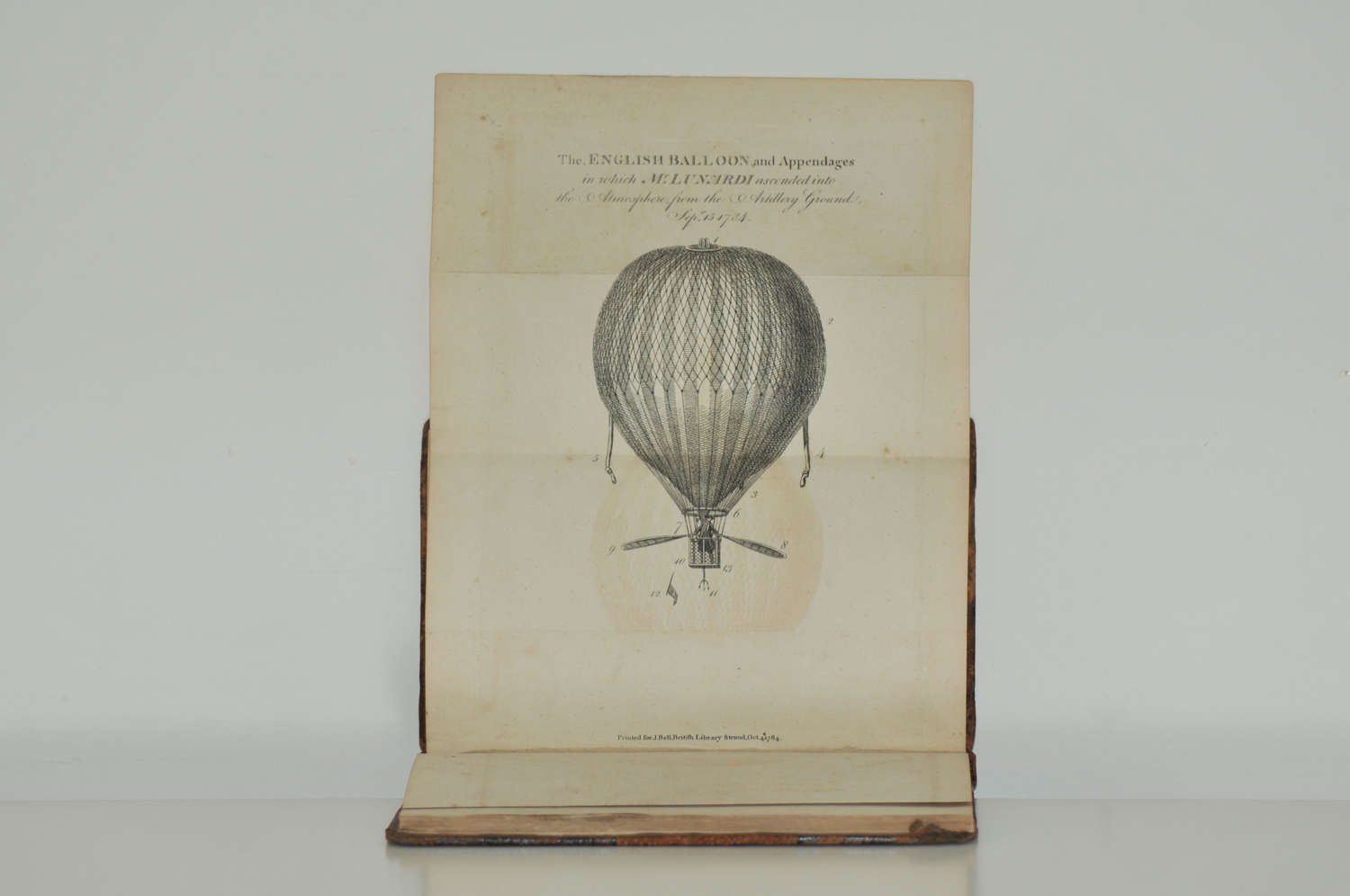 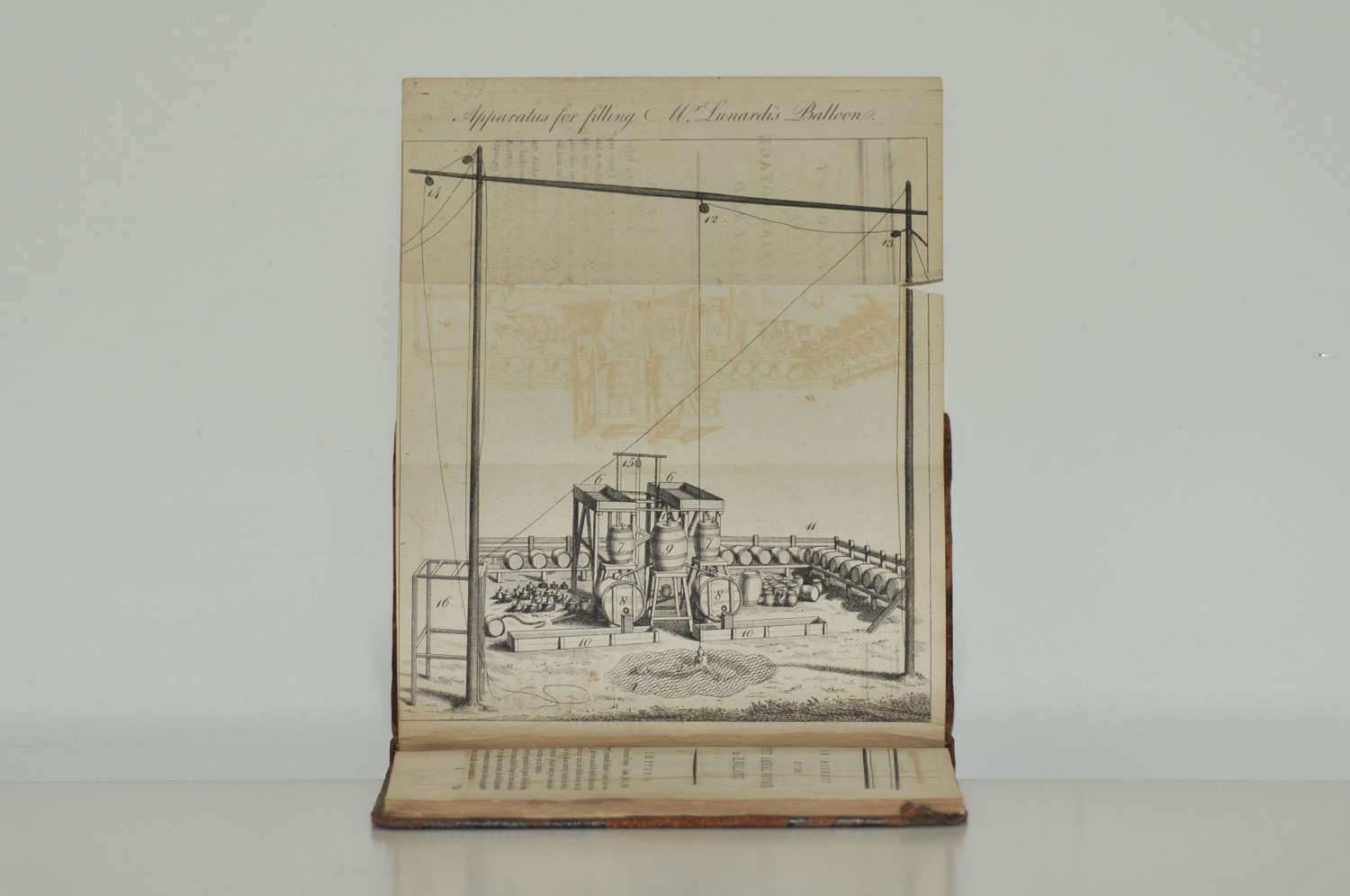