The Uranie, with a crew of 125 men under the command of Captain Louis de Freycinet, entered the Pacific from the West to make scientific observations on geography, magnetism, and meteorology. Arago was the artist of the expedition, which visited Western Australia, Timor, Hawaii, and New South Wales. The original ship was wrecked off the Falkland Islands. Two months later the expedition continued aboard the Physicienne, which stopped for a time at Rio de Janeiro. Captain Freycinet's wife, Rose Pinon, was smuggled on board at the advent of the voyage and made the complete journey, causing some discord among the crew. Freycinet named an island he discovered after her - Rose Island among the Samoa islands." (Hill 28-9).

"The Hawaiian portion of the text, contained on more than 150 pages, records impressions of the artist's stops on Hawaii, Maui, and Oahu. Extensive portions of the text also record the Arago impressions of Australia, Guam, and the Marianas Islands. The artist's main interest (as reflected by the plate subjects) are of peoples encountered. Several of the plates record somewhat gruesome aspects of Hawaiian culture" (Forbes 537). 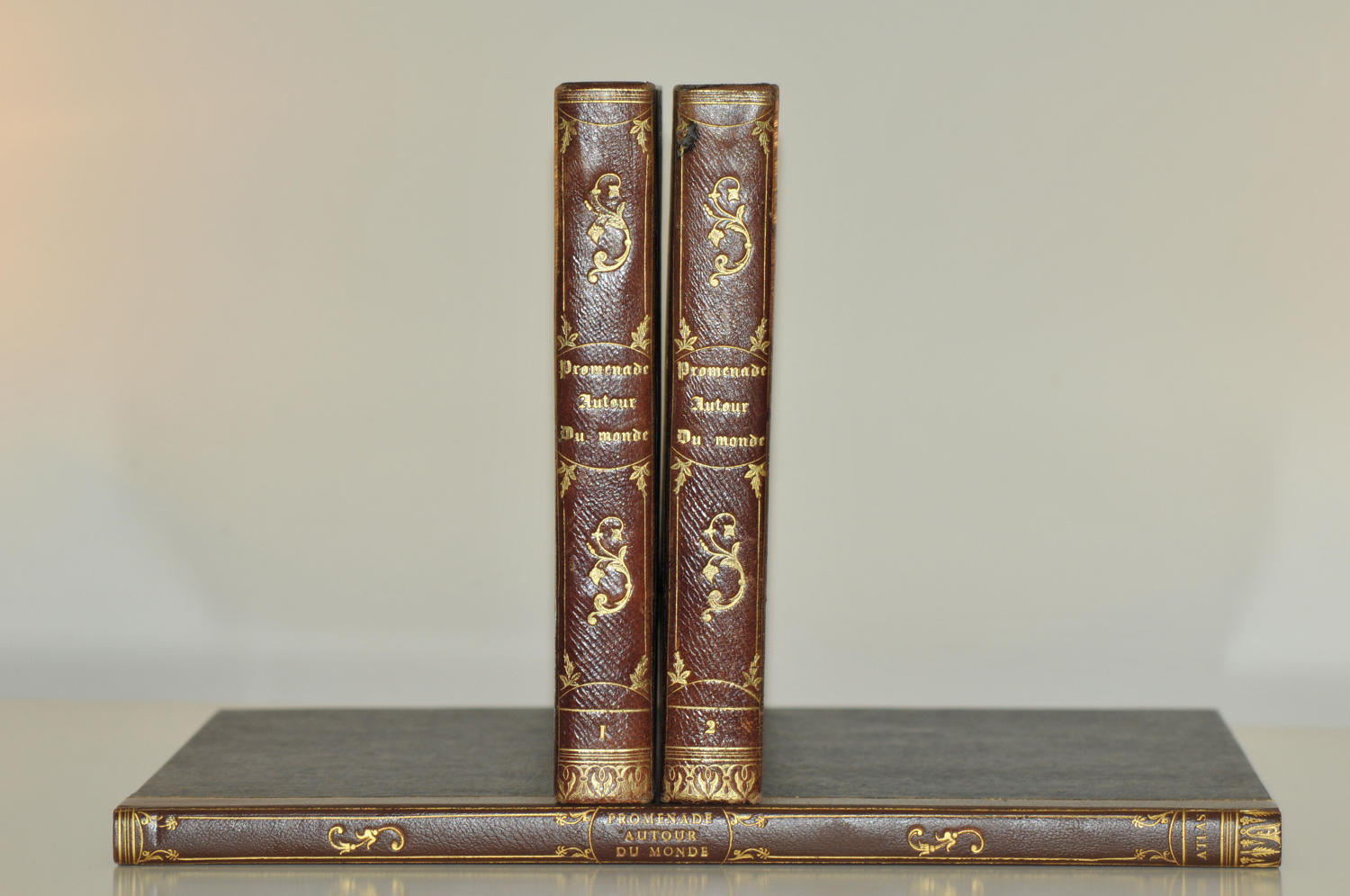 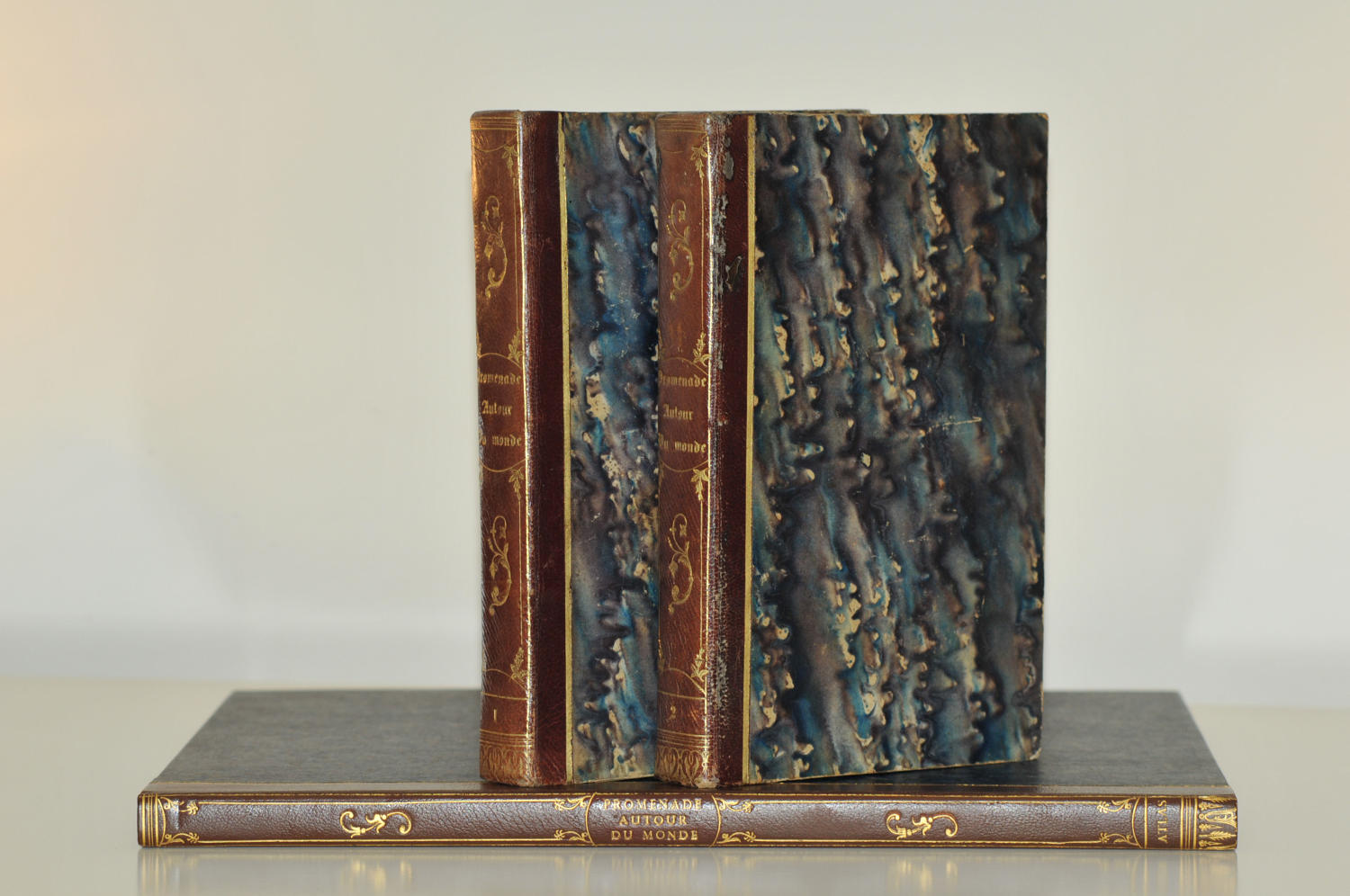 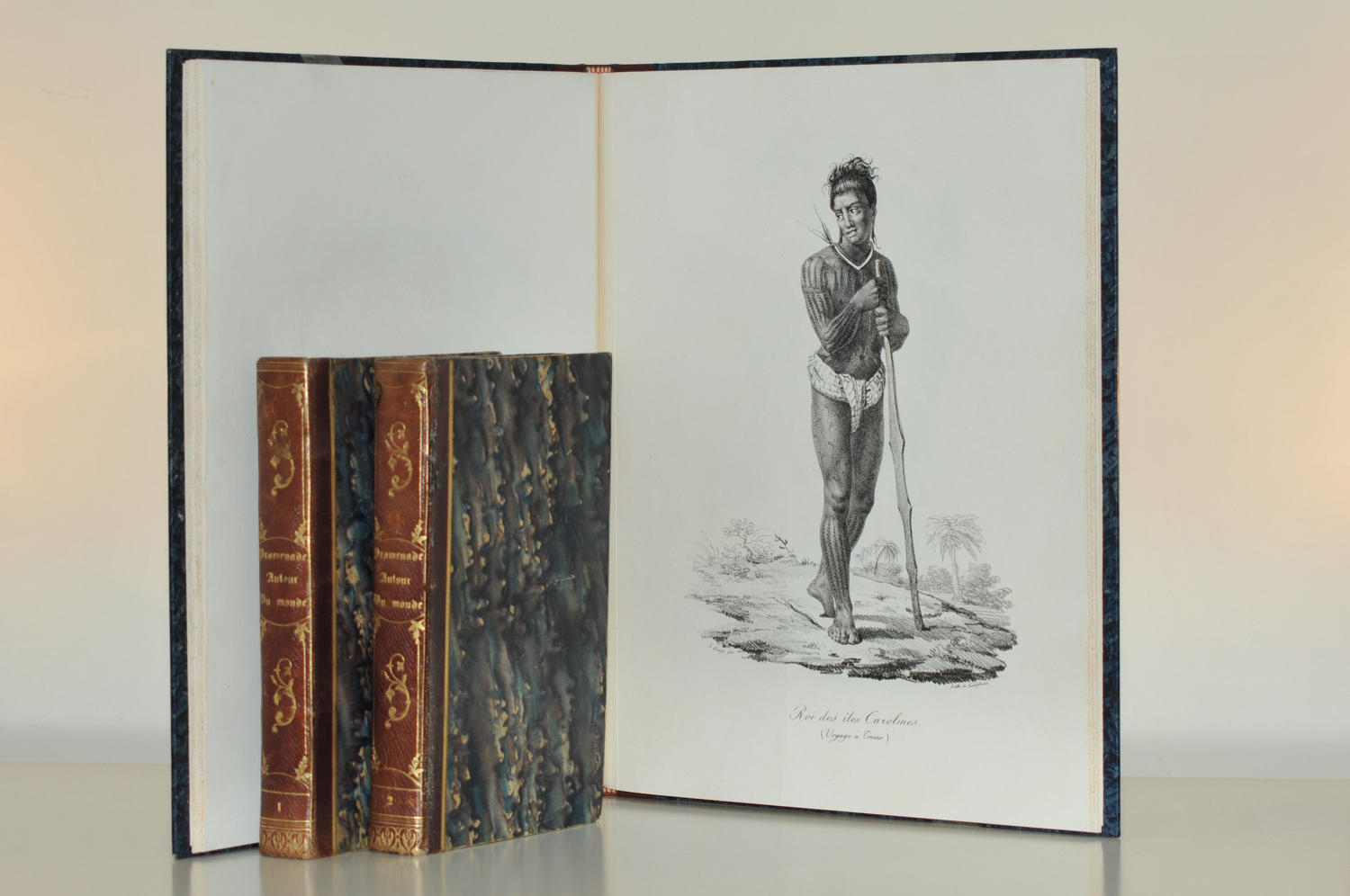