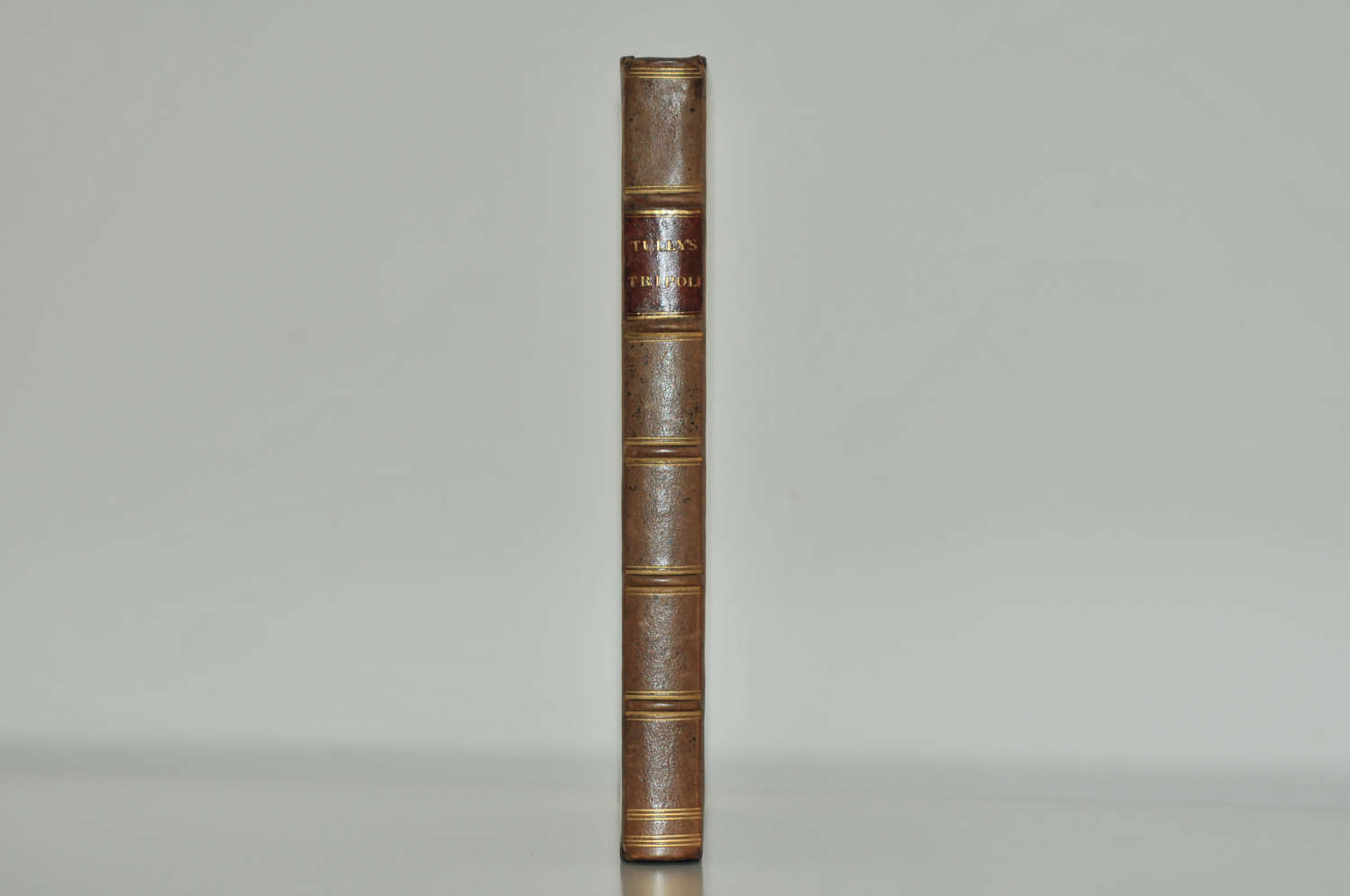 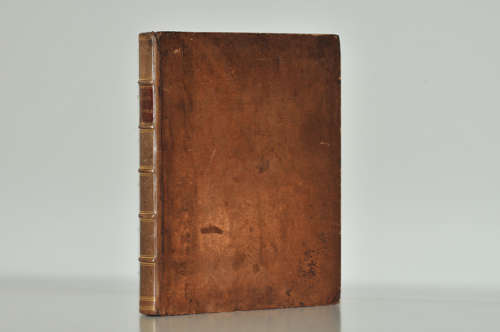 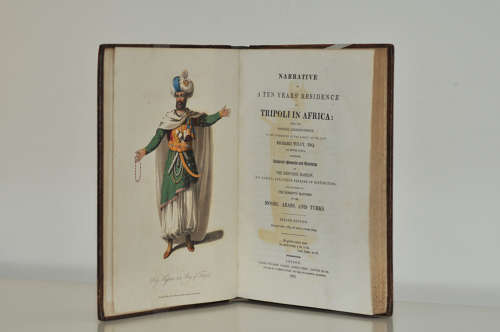 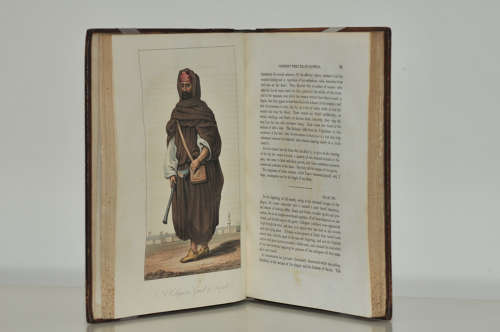 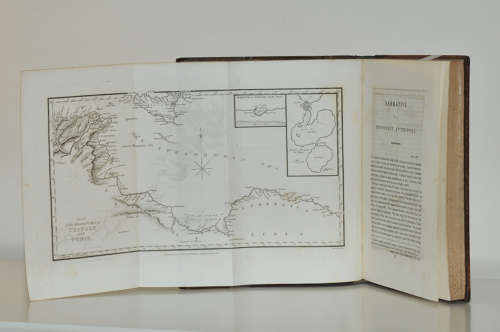 Tully Narrative of a Ten Years' Residence at Tripoli in Africa

Tully (R.) Narrative of a Ten Years' Residence at Tripoli in Africa: from the Original Correspondence in the Possession of the [Tully] Family; Comprising Authentic Memoirs and Anecdotes of the Reigning Bashaw, His Family, and Other Persons of Distinction manners of the Moors, Arabs and Turks, SECOND EDITION, folding engraved map and 5 coloured aquatint plates of Moorish costume and buildings, 4to, contemporary half calf, spine tooled in blind and gilt, London, 1816

The second edition contains an extra 2 coloured plates.Abbey 301This work is one of the most important records of Tripolitan life during the 18th century. Richard Tully was British Consul at Tripoli from 1783-1793 and he and his family were on intimate terms with the reigning Bashaw. It was after the death of this ruler that the U.S.A. came into conflict with Tripoli owing to acts of piracy on American shipping.