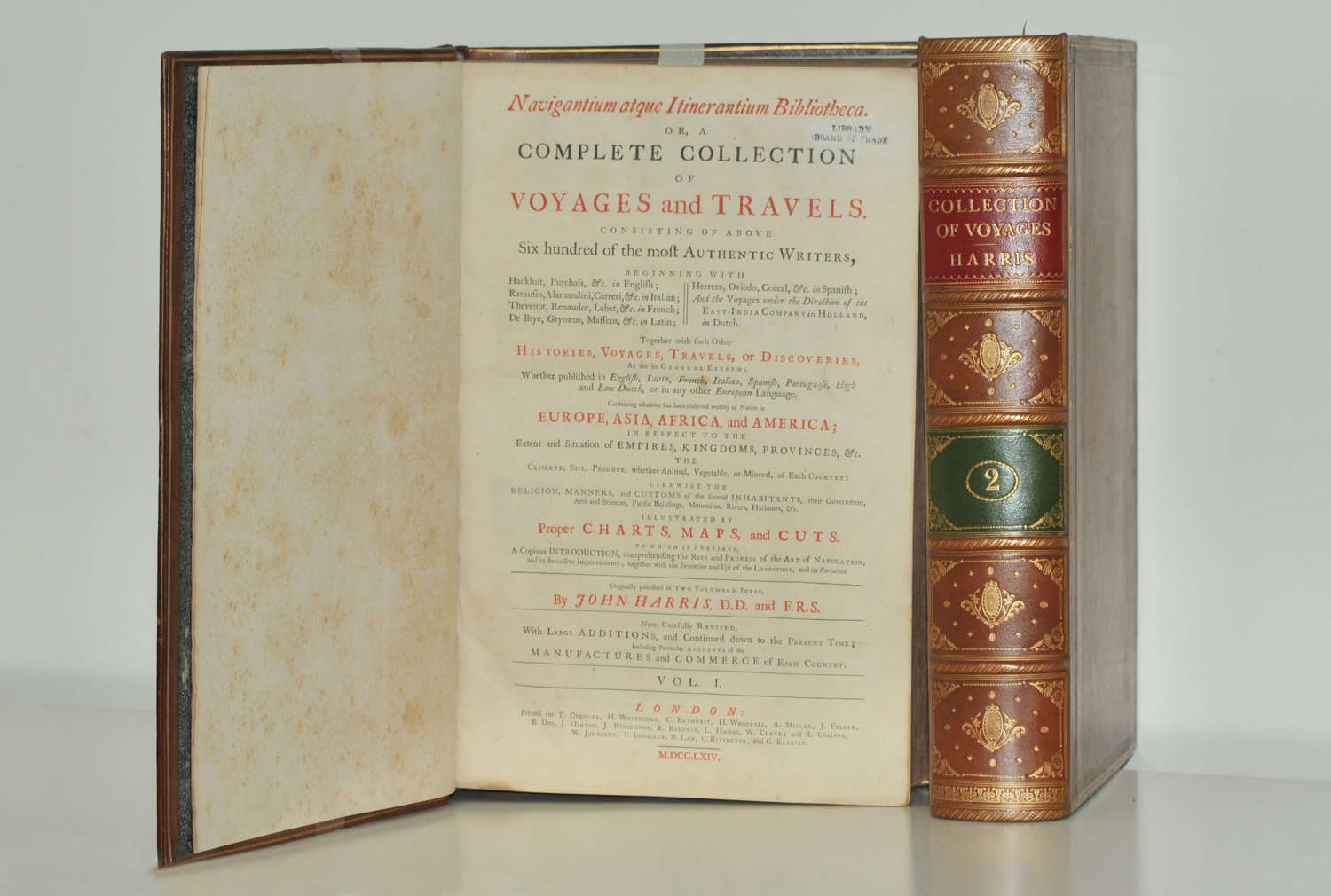 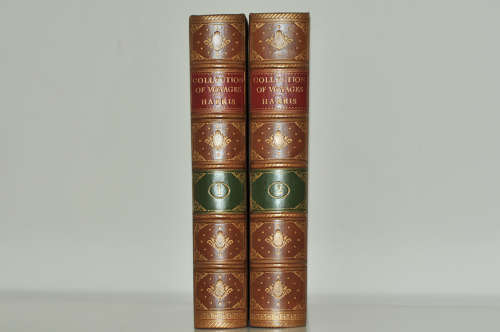 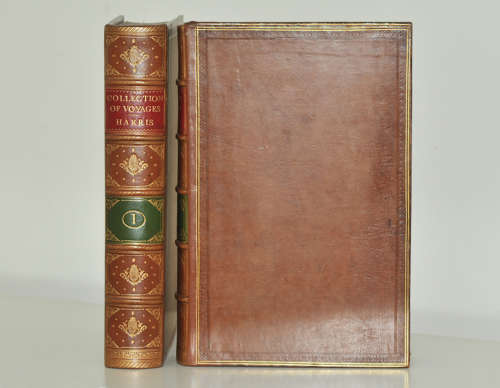 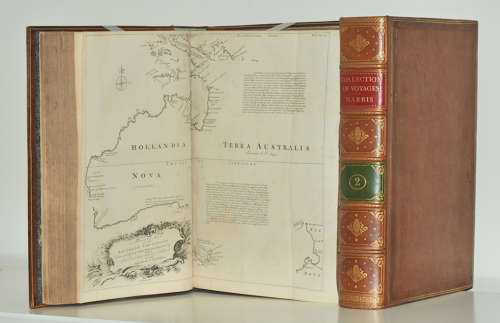 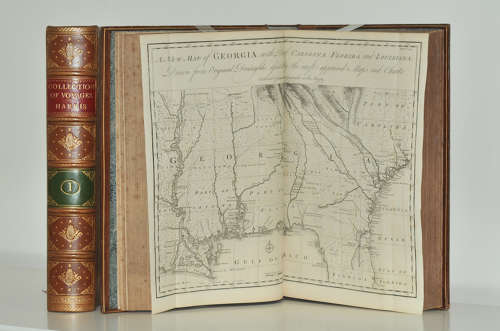 Includes an account of the voyage of Tasman with a map of the Southern Continent showing the coast of Australia from Carpentaria and West to Van Diemans Land, engraved surface, 19 x 15 ins., copied Tasman's original map, with the addition of two short articles printed on the map. The first discusses Quiros and his discoveries, the second puts forward the possibilities of Australia as a colony "whoever perfectly discovers and settles it will become infalliably possessed of territories as rich as fruitful and as capable of improvement as any that have hitherto been found.and also suggests that as it enjoys the same latitudes as South Africa, Madagascar, Peru and Chile, where gold and silver are to be found, there is no reason why Australia should not contain these minerals.Contains also the voyages of Quiros for discovery of a Southern Continent, Dampier's New Holland Voyage, voyage and shipwreck of Pelsaert on the coast of New Holland, circumnavigation of Magellan, Drake, Cavendish, van Noort, Spilbergen, Schouten, Cowley, Funnell, Woods Rogers, Clipperton, Shelvocke, Anson, Roggewein's expedition to Easter Islands, etc.